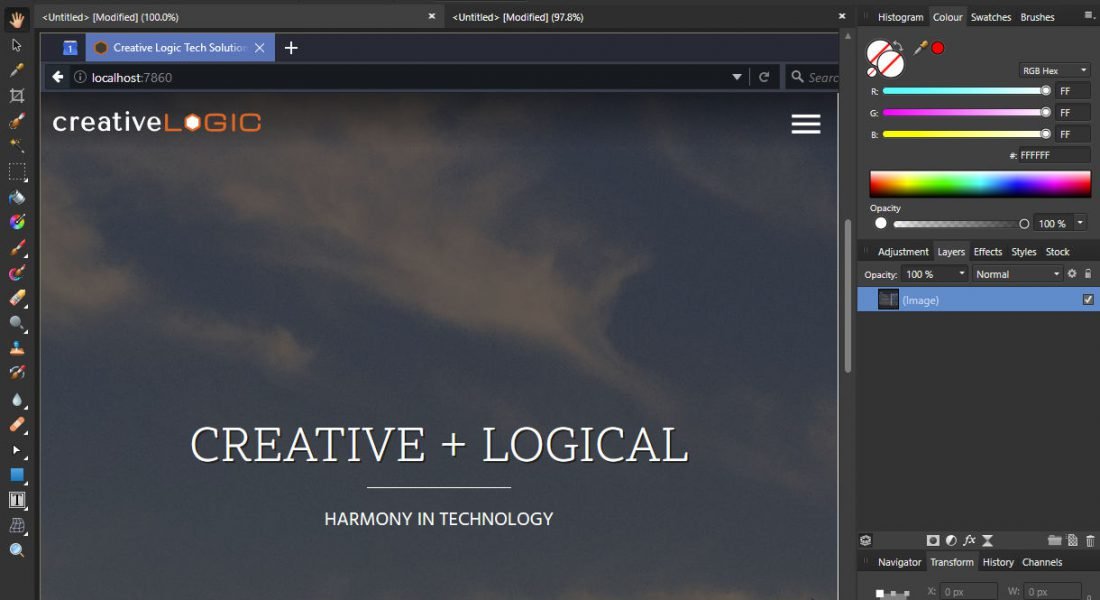 Warning: this is an opinion piece.

Over the past two plus years I’ve become increasingly frustrated and disappointed with Adobe Photoshop. Okay, if I’m really honest and remembering the past correctly I was never a big fan. I actually used Gimp when I first started building websites, being a big fan of open source software. However, even though Gimp was a good application, and really continued to get better, it was never a very good way to open PSDs. So eventually I caved and entered the Photoshop world so I could better open the files I received from clients and accurately reproduce the great designs I had to work with. But Photoshop always seemed over priced to me, but it I could live with it. And then Adobe changed to their subscription model. At that point, our relationship changed, for the worse. In particular, it was very disheartening to see that progress and advancement of Photoshop seemed to slow down significantly once the subscription model began.

SIDEBAR: I have nothing against subscription pricing. In fact, especially for small app developers that continue to improve their product, or things with ongoing support costs (like a server they have to maintain to store data for users) I think it’s only fair. But one, or ideally, both those things should occur.

Affinity Designer and Affinity Photo sell for under $90 and are subscription free.

The most significant lack of improvement in Photoshop was the long standing failure to support High DPI displays in Windows. This was quite shocking to me. Further, there was an explosion of High DPI laptops during this time, and some excellent expensive devices with High DPI displays, and yet still no support from Adobe. Finally a partial fix came out, that enabled support for 200% UI zoom. This is far from a usable solution, it assumes you have a High DPI display that just so happens to work at that zoom level. Otherwise, you are still out of luck.

Enter Affinity to the rescue. Affinity Photo and Affinity Designer are great tools. They are now both available for Windows and Mac. For Windows you buy either the desktop version or through the Microsoft store. the latter enabling very easy background updates.

Best of all, Affinity Photo can open PSD files pretty much seamlessly! Furthermore, once you save a PSD as an .afphoto file, it opens significantly faster than the same PSD does in Photoshop, and the file size is usually 50% or more smaller. Win for Affinity! Plus these folks seem much more innovative. For example, Affinity Designer has amazing UI and UX design tools. So if you are someone who has reluctantly been a Photoshop or Illustrator user, checked out Affinity Photo and Designer respectively. They are very reasonably priced with NO subscription pricing.